Is the statue exhibiting the Grand Museum?

Germany recognizes: The bust of of Nefertiti, the king of Egypt

“The head of Nefertiti is the king of Egypt, and follows its historical culture. We stole it when Egypt was under British control.” This may appear to be the first German confession published in the magazine “Der Spiegel”, and even "the head of the queen" title, The magazine cover topped, in a gesture that might reopen File return the statue to Egypt, even To be placed in the Grand Egyptian Museum

The recognition came through the German historian "Juergen Zimmerer", in his meeting with the journalist "Eva-Maria Schnurr", in which he confirmed that this masterpiece, represented in the head of Queen Nefertiti, which is being exhibited in the city of Berlin Ago 107 years ago, has been stolen From Egypt, that this crime occurred during the British presence in Egypt, that the German government took advantage of the conditions of European foreign rule for some countries, and seized its effects and treasures, and that the head of Queen Nefertiti is property of Egypt. 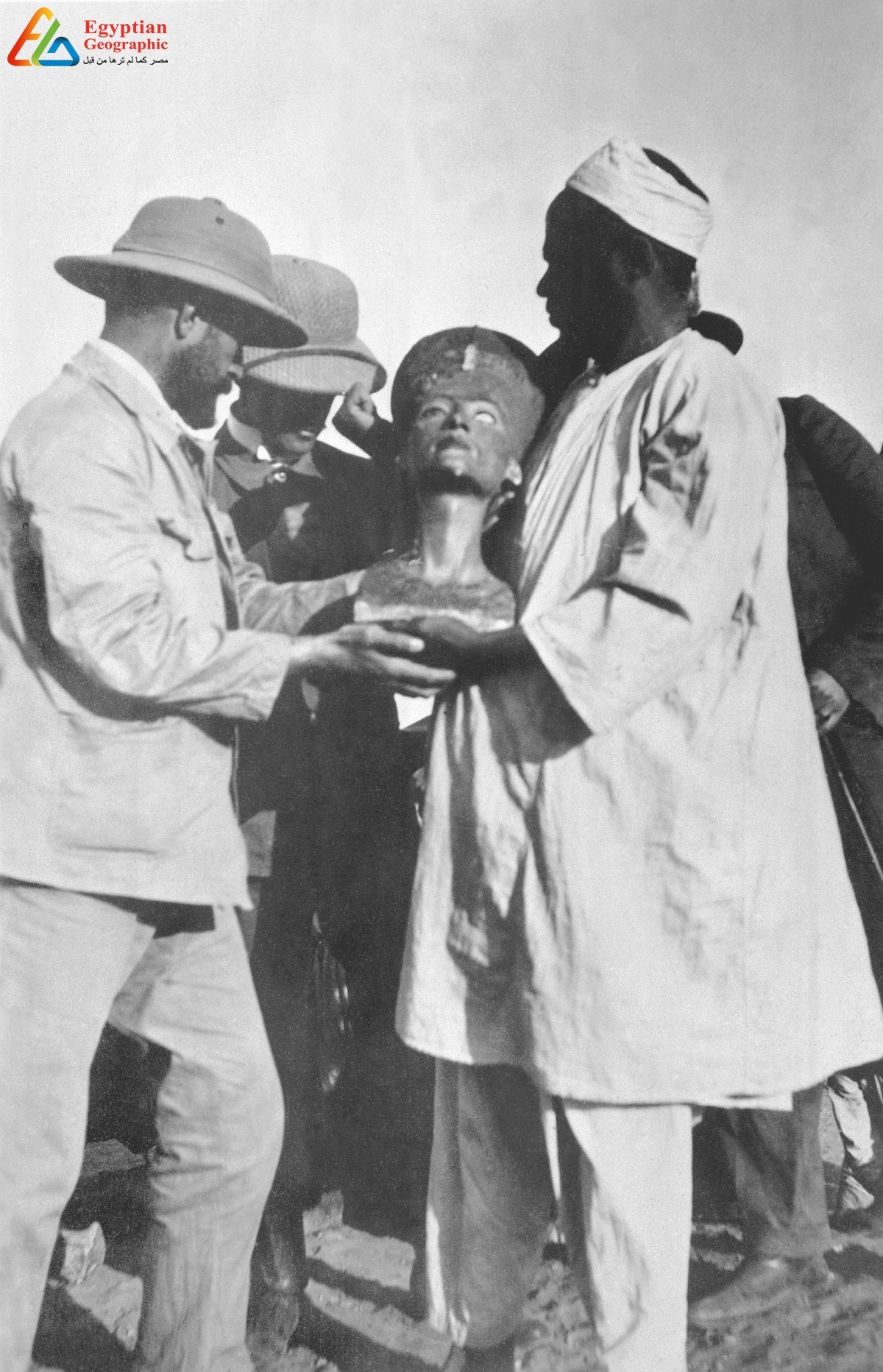 German historian Juergen Zimmerer clarified in his dialogue with Eva that Western countries, led by Germany, took advantage of some of the laws put in place by the European occupant, notably England and France, who were responsible for managing antiquities, to legally prove that he has the right to possess the impact, and at the top of those laws Allowing exploration teams affiliated with Western countries to obtain a portion of the discovered treasures, indicating that that right was a colonial grant to all thieves of antiquities and treasures, and that the rights of the colonial powers should not be relied upon at that time, which means that the head of Nefertiti, and each antiquity is an inherent right of the country of origin .

In response to the Antiquities Administration Law, which was issued during the reign of the Governor of Egypt Muhammad Saeed Pasha in 1858, and which prevented the discovery of archaeological finds from the country, Juergen Zimmerer said that Egypt was one of the provinces of the Ottoman Empire, and despite that, that empire had no role in what happened in the country The East, especially with regard to the major European powers, and that the huge Egyptian debt after the digging of the Suez Canal made France and England the main controller in the two financial administrations and infrastructure in 1878, which enabled the West to seize African treasures, led by the unique Egyptian antiquities. 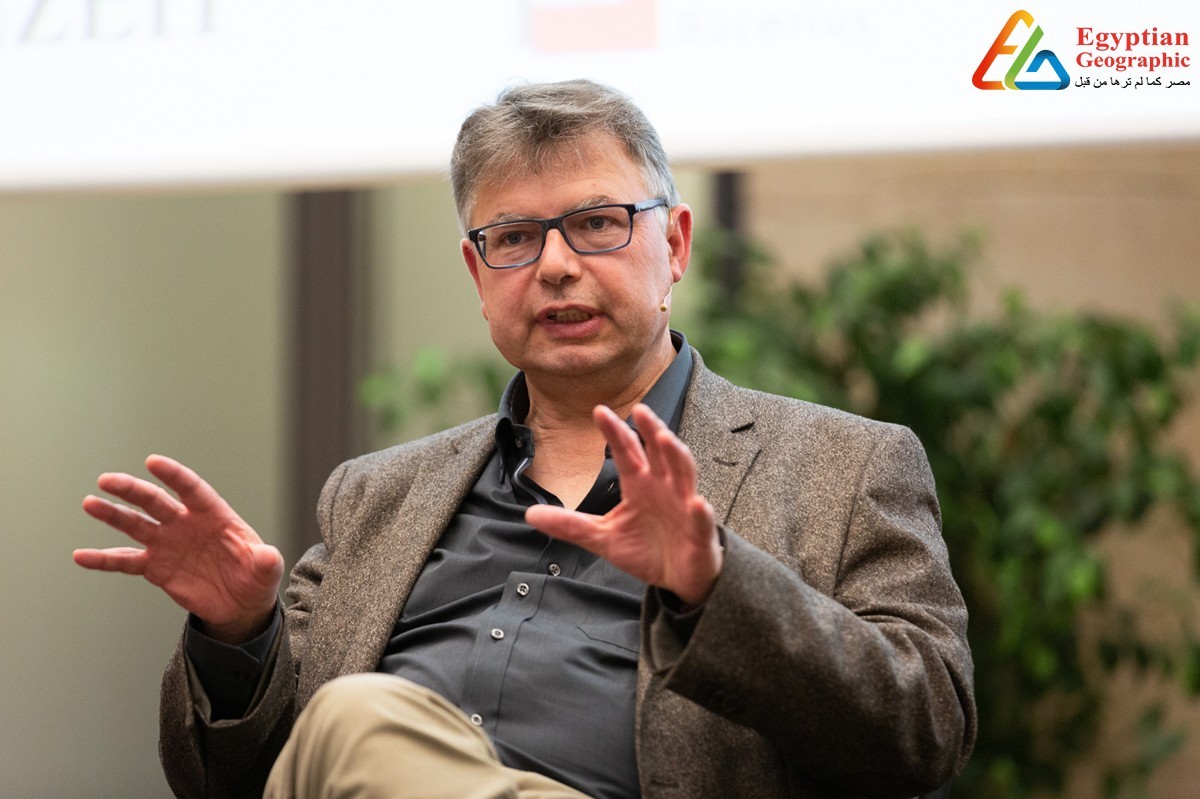 "The Egyptian treasures and relics were the creativity that made the West not believe that there was a civilization on the ground that reached this limit of culture." This is how the German historian Zimmer described Egyptian art in his dialogue with the Spiegel monastery, noting that the Egyptian culture was seen as a leading art and culture European culture, and that Cleopatra and Nefertiti are white skin, so the West has the right to display their statues and cultures on European soil, to reflect the beginning of Western civilization and culture, and it cannot be displayed in an African land, so it is rare that there are monuments belonging to of black pharaohs and the twenty-fifth family

German historian Juergen Zimmerer believes that the struggle between Western countries over the scientific leadership of the world in the nineteenth and twentieth centuries led to the emergence of great competition between London, Paris and Berlin in building major museums, those museums can only exist in the most important historical monuments, stressing that The Kingdom of Prussia, which is the German state during the period from 1701 to 1918, took advantage of the attempts of the Egyptian governor Muhammad Saeed Pasha to get closer to the superpowers in order to obtain complete independence from the Ottoman Empire, by allowing the Prussians to take many discoveries to their country, which enabled the German Egyptologist Carl Richard Lepsius left Egypt with 1,500 artifacts in Berlin from 1842 to 1854, and to this day it is the foundation for which the Egyptian Museum was built in Berlin, an unethical measure committed by the colonial powers.

"Richard Lepsius came out of Egypt with 1,500 artifacts ... and research teams captured the relics with the help of Britain"

"A political decision" This is how the German historian sees the decision to return the Egyptian antiquities, on top of which is the head of Nefertiti, even if at the same time he considers the necessity of recognizing even once for the right of these monuments to the state and the Egyptian people, rejecting the idea of their existence simply because they are preserved in ancient museums, and that states The owners of these monuments do not have safe sites for preserving the monuments.

As for the head of Nefertiti, I found the German mission led by Ludwig Borchardt on the sixth of December 1912, in the region of Tel Amarna, specifically in the workshop of the Egyptian sculptor "Thutmose", which also found a number of busts that did not end for Nefertiti, Borchardt described the discovery in his memoirs, saying: "Suddenly, the best of the remaining Egyptian artworks are in our hands. This cannot be described by words, you must see it with your own eyes." 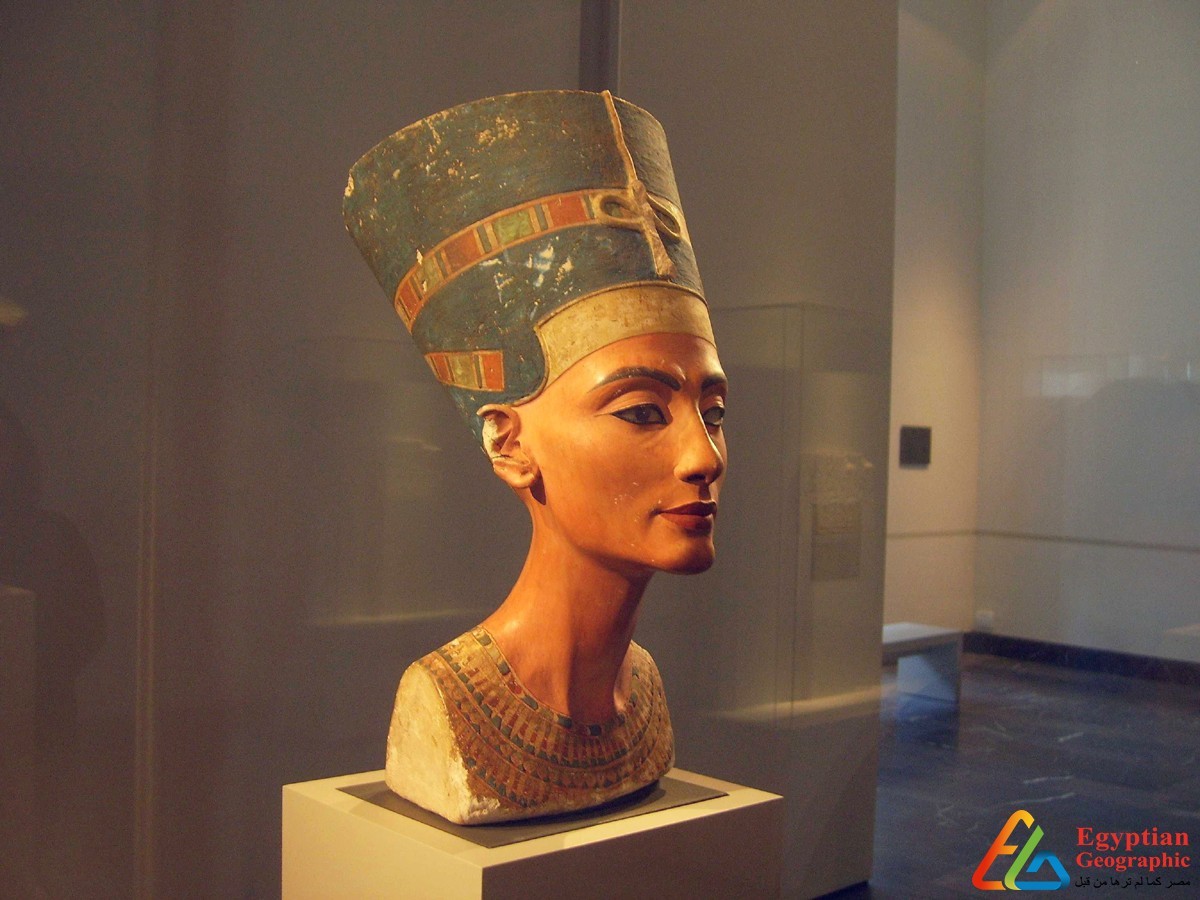 In 1924, an official document dating back to January 20, 1913, was found among the archives of the German eastern company that undertook the excavations, a meeting minutes between Ludwig Borshardt and a senior Egyptian official, to discuss the division of archaeological discoveries found in 1912 between Germany And Egypt, according to the Secretary-General of the German Oriental Company the author of the document, who was present at the meeting, Borshardt was determined to have the statue be for the Germans, and he doubted that Borshardt had hidden the true value of the bust, and that he showed the Egyptians a poorly lit picture, as He hid the statue in a box when visiting Inspector General of Egyptian Antiquities Gustav Lovefrey for inspection, in addition to claiming that the statue was made of plaster to mislead the inspector, although he later denied this.

In 1913 the statue arrived in Germany, and it was granted to an antiquities dealer and financier of the excavations of Tel Amarna "Henry James Simon", and he remained in his possession as part of a group of Egyptian antiquities, until they were loaned to the Berlin Museum, and despite the display of all Egyptian antiquities in the museum in 1913, the head Nefertiti remained locked in the warehouse until 1924, after written approval from Borshardt, to be displayed in the Egyptian Museum in Berlin, until 1939 to be transferred to be displayed in the new Berlin Museum, before being transferred to safe havens to keep from the raids of World War II. 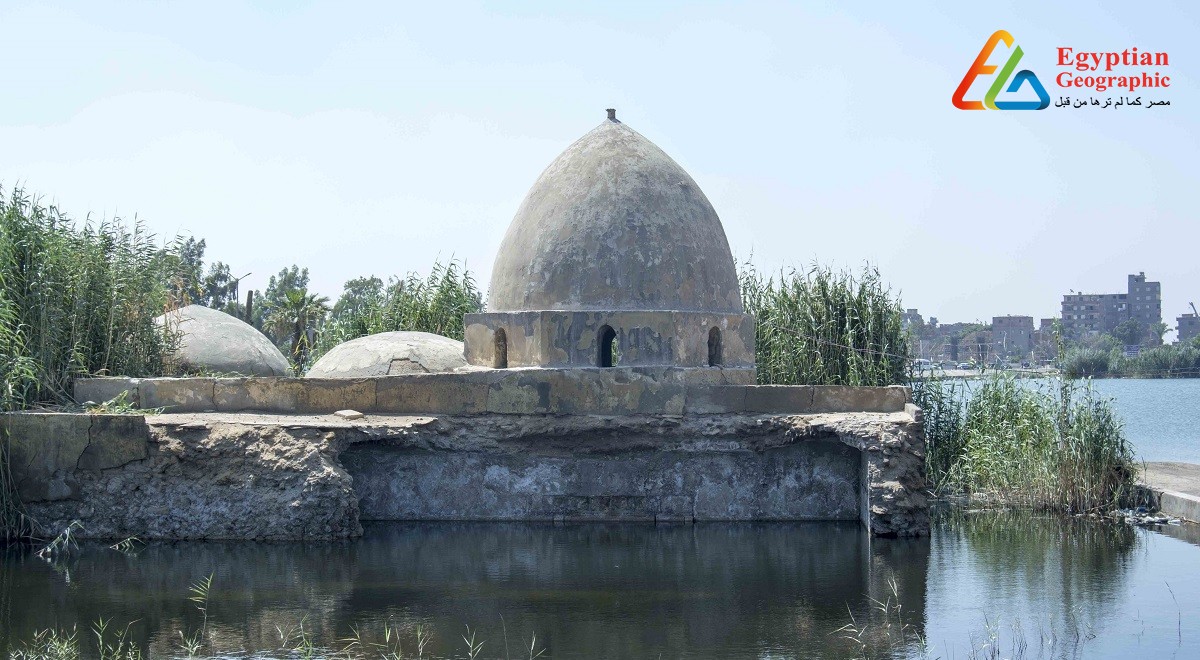 scene the family of Tabataba: the tombs of the descendants of Ahl al-Bayt 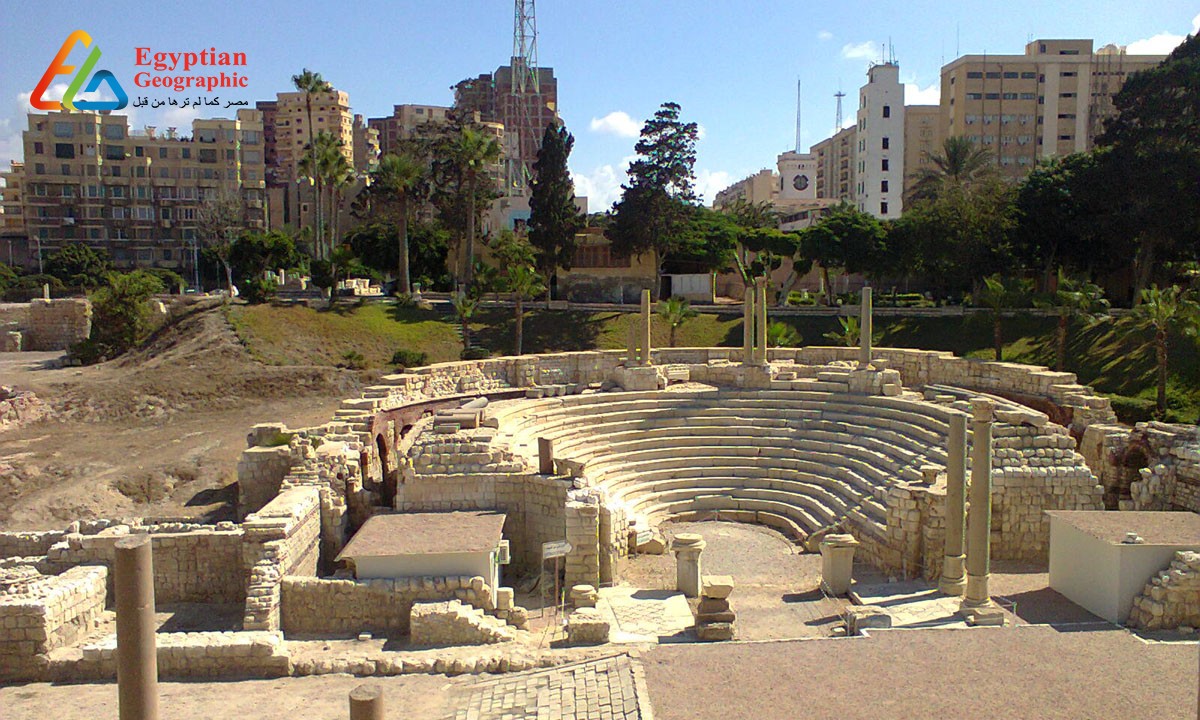 The Romanian Theatre: an architectural masterpiece of three civilizations

Thutmose III: the master of battles who led 17 battles 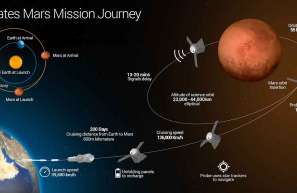 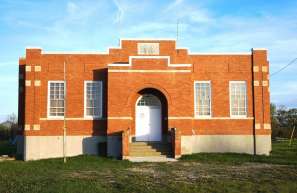 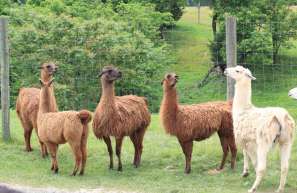 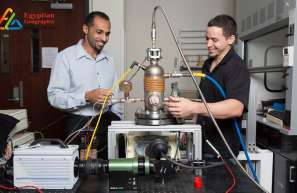 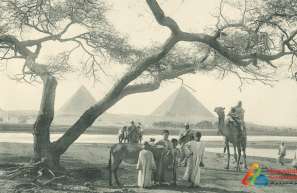 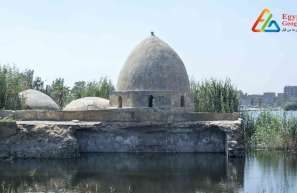 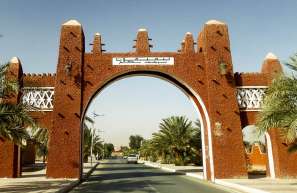 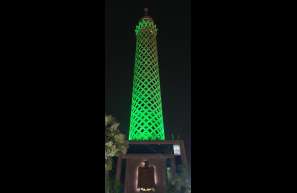 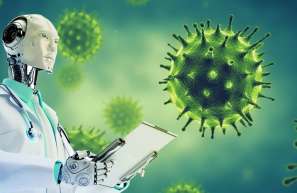 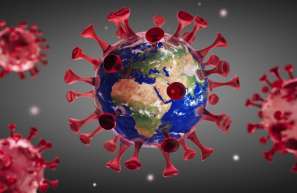 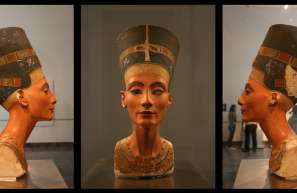 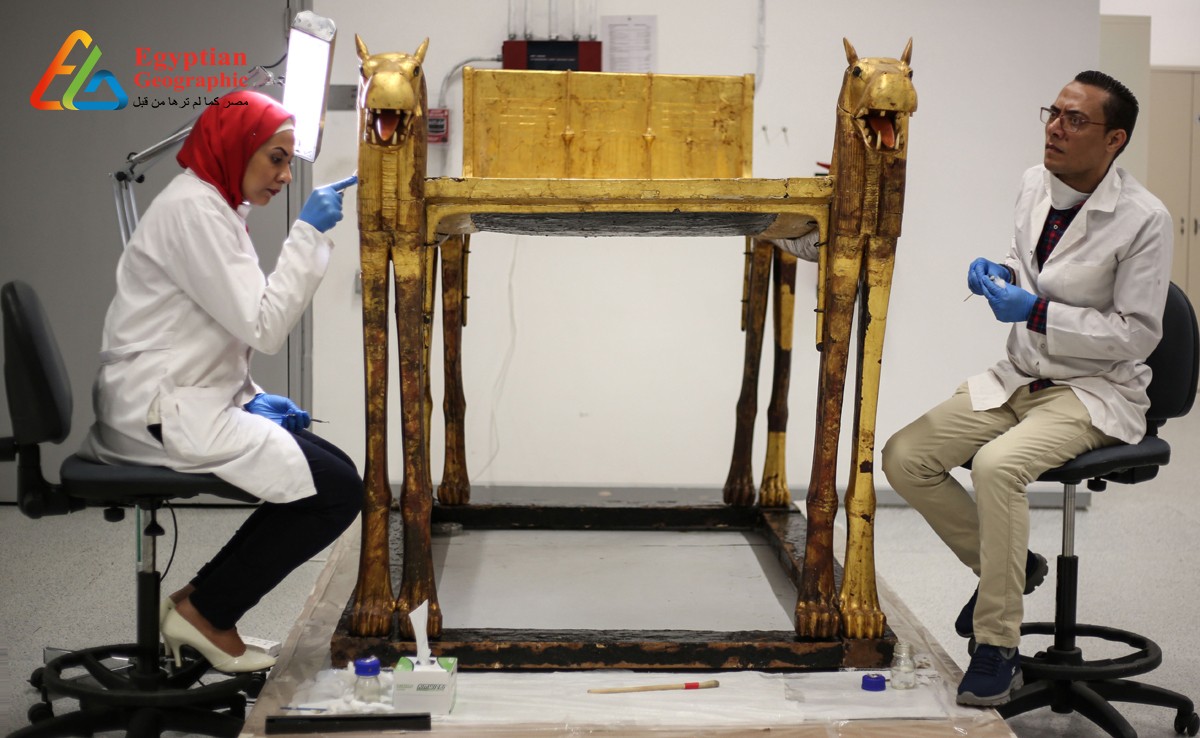 After 97 years, Tutankhamun regains its luster